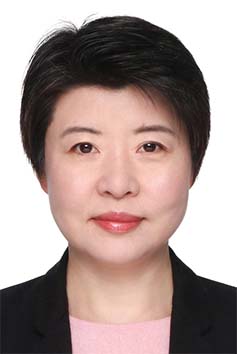 Jenny Zhang is the Director of Sustainability for China at The Lantau Group, based in our Shanghai office.  With 24-years of experience with leading energy companies, Jenny’s background is predominantly in commerciality.  Jenny has been part of teams, and led groups, who have developed gas pipelines, marketed LNG, traded oil products and basic polymers, built the economics modelling of investment projects in gas, solar and biomass assets, and advised on renewable energy sourcing.  She has a strong understanding of energy and basic polymer value chains, the general commercial realm of energy, client procurement and relationship building, and analytics.

Prior to joining TLG, Jenny was Deputy General Manager at ENGIE Energy Management (Shanghai) Co Ltd, where she planned and drafted the finalisation of major tenders, particularly PPAs and on-site renewable solutions.  She worked closely with multi-national clients to balance green credentials with affordability in China’s rapidly changing commercial and policy environment.

Jenny holds an MBA from Peking University, and a Bachelor of Science at Beijing University of Posts and Telecommunications. Jenny is a Chinese native; she is fluent in English.